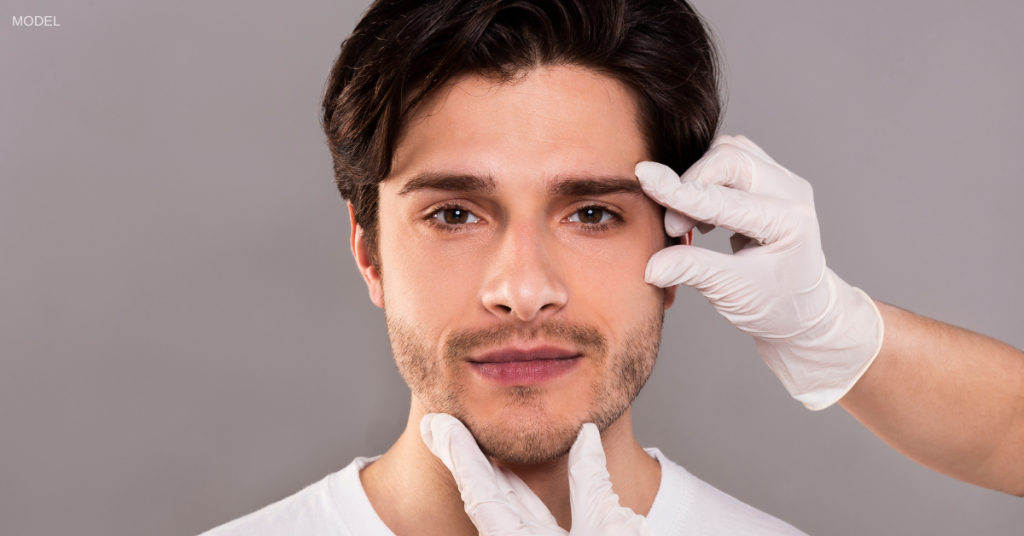 A confluence of related factors occurring during the past few years has led to more men seeking facial plastic surgery. The emergence of social media and dating apps during the past decade initially stimulated a surge in men thinking more about their appearance. That trend only accelerated when the pandemic resulted in the “Zoom” boom—online meetings became the norm for people working from home.

And the work-from-home trend meant that men who might have been reluctant to take time off to recover after plastic surgery could now heal in relative privacy without missing as much work. Even as more men seek aesthetic surgery, they may not realize how men’s facial plastic surgery techniques differ from those used for women.

Even though more men are getting facelifts than ever—the number jumped 19% between 2000 and 2020, according to the American Society of Plastic Surgeons (ASPS)—the most popular facial plastic surgery among men is rhinoplasty. Eyelid surgery (blepharoplasty) is the next most popular, followed by cheek implants.

Performing facial plastic surgery on men presents unique challenges for surgeons, so it’s important to choose a surgeon specializing in facial plastic surgery. Men who choose to get procedures such as facelifts or eyelid surgery often want to maintain an active, healthy appearance in a competitive workplace or appear more youthful and confident on social media or dating apps. In addition, most men who get cosmetic surgery want to retain a masculine appearance.

When performing a facelift on a male patient, for example, a surgeon needs to customize techniques to account for several factors. For example, beard patterns and sideburns can complicate where to make incisions because shifting hair follicles to areas where they don’t belong is a tell-tale sign that a man had a facelift. Incisions that are typically made behind the tragus—the fleshy bump covering the opening of the ear—are instead placed in front of the tragus to avoid pulling hair follicles over the tragus and in the ear.

Many male facelift patients are more concerned about loose neck skin and jowls rather than facial wrinkles. They want a “stronger” chin and chiseled jawline to create a more youthful, rugged appearance without having skin that looks too smooth. Chin augmentation using a custom-designed implant is often combined with a facelift for men to achieve this goal.

As with facelift surgery, surgery to reshape a man’s nose addresses the unique characteristics of male facial features. The skin on a male nose is typically thicker than a woman’s, and men usually want a more prominent nose than female rhinoplasty patients. While the techniques used for rhinoplasty are similar whether the patient is a man or woman, the goals differ, and it’s important that you choose a facial plastic surgeon with the expertise to customize procedures for male patients.

More and more men are comfortable with wanting to look their best. If you’re considering facial plastic surgery or nonsurgical cosmetic treatments, request a consultation with Dr. Ladner using the online form or call our Denver, CO, practice at (303) 253-7686 to schedule an appointment.